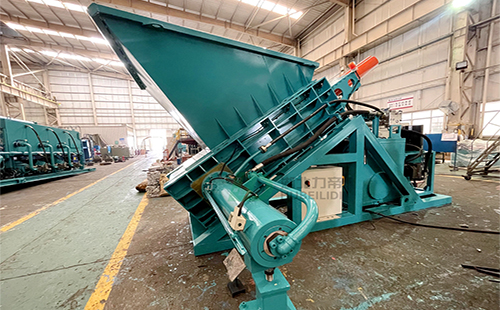 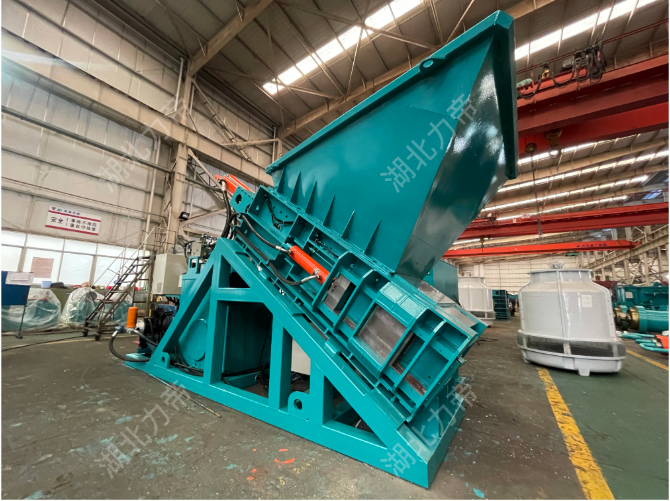 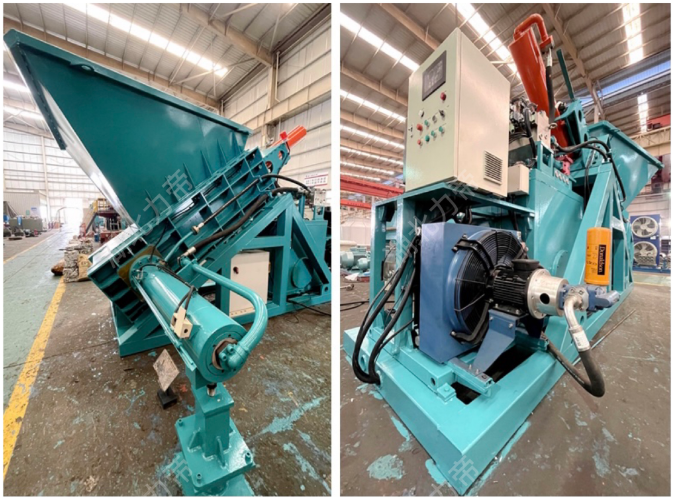 1. The materials fall into the bin in the fuselage through the hopper.

3. The main pressing mechanism presses the material into high-density bales in the high-pressure chamber of the fuselage.

1. Compared with the traditional baler, the fuselage is placed in an inclined manner, and the material repose angle is reached, and the material will not be brought back when the side pressure mechanism returns to cause the problem of rail jamming.

2. Compared with the traditional baler, the cover closing process is reduced, and the second feeding can be carried out during the baling, thus saving more working time.

3. The overall structure of the fuselage is mostly connected by bolts, and each distributed structure can be flexibly disassembled, which is more convenient for maintenance.

4. Both the guide rail and the blade have adjustment holes, and the distance can be adjusted according to the actual situation.

5. The main pressure head is pushed by the master cylinder to push the pressure block out of the high pressure chamber.

6. Close the door and push the package block to slide out of the fuselage, the main cylinder returns, and the shuttle cover and the side pressure head return to  enter the next cycle 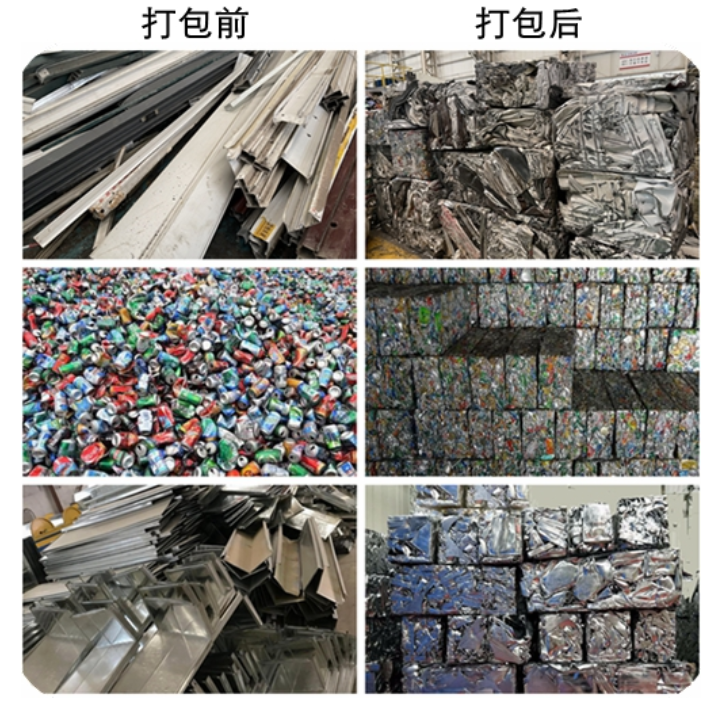 Comparison between before and after packaging